I was reading 3D User Interfaces and I stumbled across the definition of a HMPD.
I didn’t know this kind of VR display, and it looks quite promising ! Here’s what I understand of it, based on those papers, by its designer, Hong Hua, of University of Hawaii;

The core of this technology is a Retro-reflective surface, that is a surface that “reflects back on itself a ray hitting the surface at any angle; exactly in the opposite direction”. This means that any light ray hitting such a surface will come back exactly where it comes from !

And here’s what it looks like in real life : 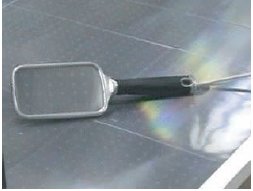 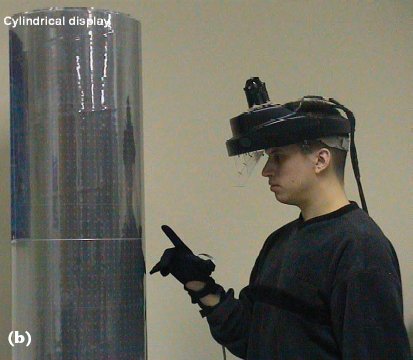 The other part is the head mounted projective display in itself : 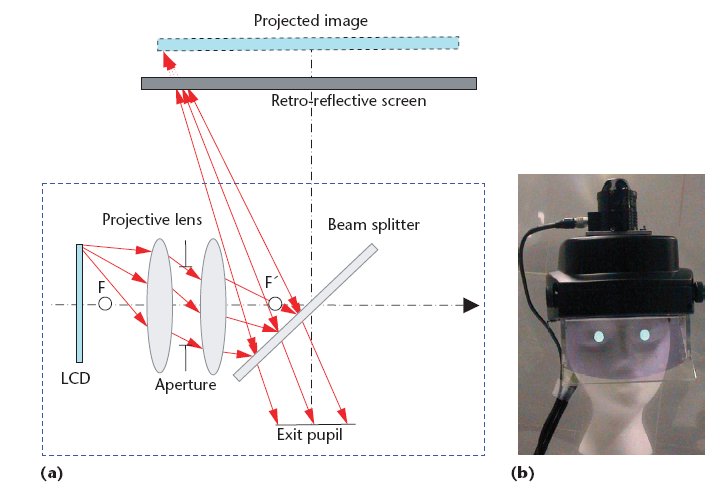 The device embeds two projective lenses that project the 3d images onto the Retro reflective surface, which are then seen by the user: 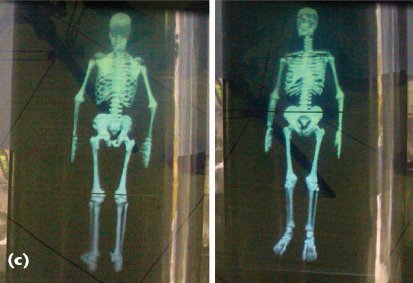 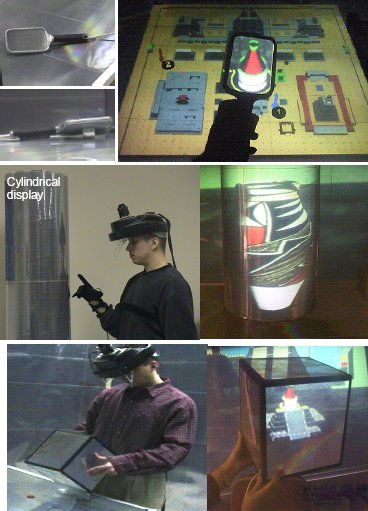 This system has the advantage of adressing the multi-point of view problems that arise in a SAS Cube/Cave, and providing “correct occlusion cues for both virtual and real objects and because each participants has his own individually correct viewpoint.”

They also have built an entire collaborative infrastructure called Scape (stereoscopic collaboration in augmented and projective environments), and a room which is really impressive :

Can I test that somewhere? =)