During last week-end, along with six fellow VRGeeks, we participated in the Global Game Jam 2013 for some non-professional VR fun.

While the four other VRGeeks created two other teams, I teamed with Judith Guez to work on an idea that was in my head for quite some time: create an efficient escape room in VR. The theme this year was the sound of a heart beat. We decided to use a candle as a metaphore for the heart beat. (But the focus changed a bit during the jam.)

We were quickly joined by two 3D artists, one sound designer and one coder who were intrigued by VR. They turned out to be a really great team to work with!!

I already participated in 2011 and 2012, resulting in VREscape and InSnaketion. All three games were created exlusively in 48h.

VR Escape was too complex for most “normal” (non-VR) people to handle: they were not acustomed to VR, and the lack of haptics feedback was disturbing: your virtual hand could go through the walls or tables, so you had to be precise (thus slow) with your movements.

Thus the core of the idea for VRLux is to minimize breaks in presence, and make sure anyone can play with it.

To make sure the game was easily accessible, we simplified the interactions: your only input device is.. a real candle. You can only move it around to interact with the game. 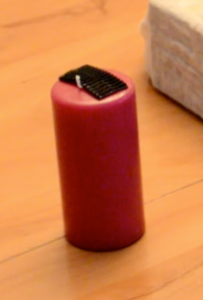 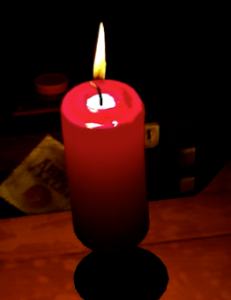 We brainstormed about what are the interaction possibilities of a candle. It turns out there are plenty!

The first one is of course to shed some light, which allows you to explore. 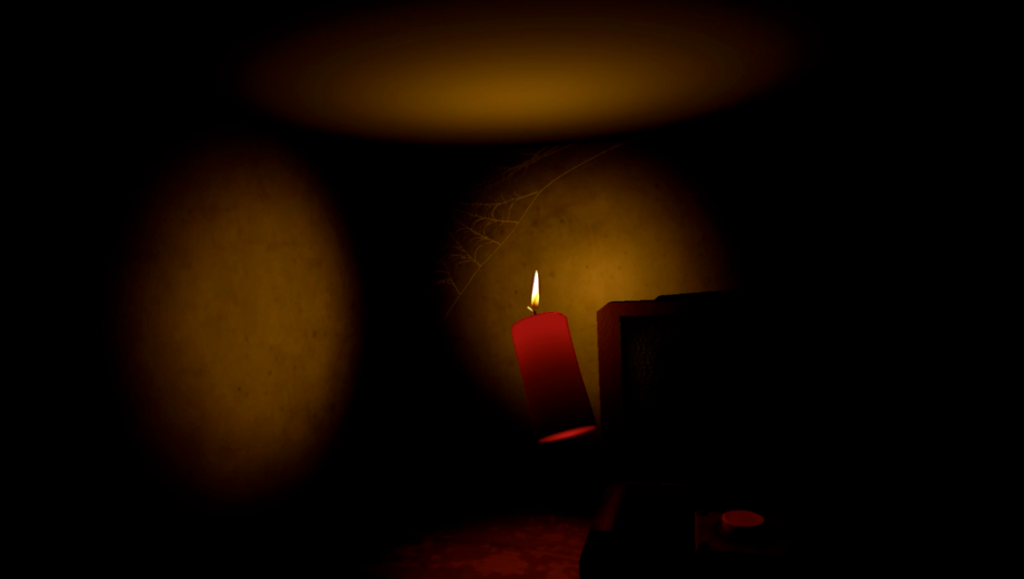 Having a very dark environment was a great way to force the player to explore. Most people sat and asked “What do I do now?”. And we just answered “Find out by yourself!”. And they did ! They interacted naturally by taking the candle, and as the environment was pitch black, they used the candle to explore.

Exploration alone turned out to be a great experience.

Then you can burn or heat, which enables interesting gameplays that I won’t disclose here in case you play the game 🙂

Another obvious possibility is that you can push objects: push them to another position, or simply push a button for example.

There are of course others, but we may integrate them later 🙂

This means that a lot of interactions are possible without any kind of button or joystick involved. A bit like the great experiment dontclick.it

The best thing is that a you already know what to do with a candle, there is nothing to learn!

This is one of the strengths of VR: as it can simulate reality, you don’t have to learn any interface, you already know what to do! Natural affordances.

Minimizing breaks in presence means that you should continually feel present in the game. Breaks in presence occur when your brain detects an anomaly in the virtual reality: latency, your hand passing through a table, strange laws of physics.

We paid a lot of attention to details: the behavior of flame of the candle, the light, the shadows, the realism of the interactions with the objects (trying to avoid passing through them when pushing) 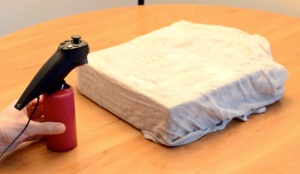 (As you can see, we used the cheap Razer Hydra magnetic trackers to track the candle position and orientation in the game volume).

At one point you also have to push a button in a box. So we put a real box with the same size and position as the virtual one, so everytime the candle touches the virtual box, you can feel it and it doesn’t go through.

We didn’t need to add real walls or ceiling: it seems most people didn’t try to go this far; moreover they were nearly out of arms reach. We also made sure the tracking was reliable in the whole game volume.

I had this idea of a dark environment for a long time, and really enjoy the game genre of escape rooms, so I really loved the iPad game “The Room“. It is beautifully crafted and the difficulty is perfectly adjusted. Its atmosphere is also great, so this was definitely an inspiration for VRLux, both in terms of graphics and sound design.

When looking for team members, I was suprised to hear comments like: “We won’t join your team because we want to do real games”, or “Your games are interesting only because of the nice hardware”.

I hope we are and will prove all of them wrong 🙂

And based on the feedback we had from (already) a lot of people, I think we’re on the right track. Everybody, including non-players, were immediately at ease.

What do you think ? 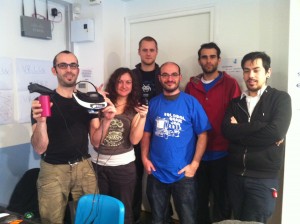 A million thanks to the great team: 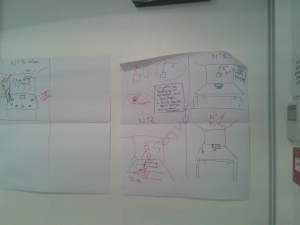 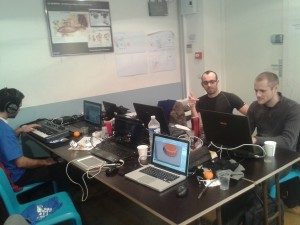 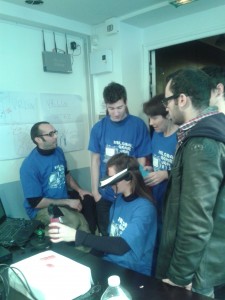