I’ve been interested in the game of Go for some time. Even though I’m still a complete beginner, I find the game to be very subtle, and its depth is quite amazing.

Go is played on a grid of black lines (usually 19×19). Game pieces, called stones, are played on the line intersections. (…) As of mid-2008, there were well over 40 million Go players worldwide, the overwhelming majority of them living in East Asia.

The basic rules are extremely simple, but the strategies are infinite. Also computers are not (yet) able to beat good players.
It is also very interesting to see how Go and Chess can be seen as analogies for the diplomacy of the Eastern and Western parts of the globe.
As a side project I wanted to try implementing the game in VR, mostly for the followig reasons:
– Have fun,
– Try to get better at Go,
– Test the upcoming multi-user feature of MiddleVR.
I am not getting better at Go but the project is coming along nicely! 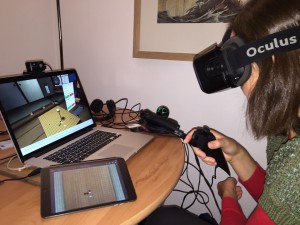 Features:
– Play in VR with Oculus Rift, HTC Vive, …
– Fully functional 19×19, 13×13 and 9×9 boards,
– Automatic score evaluation when the game is finished,
– Can’t play illegal moves,
– Correct positioning of Ko points,
– Mark last move,
– Play against another player with another VR system. You will see the opponent’s mask and hand move.
– Play against players on the PandaNet IGS server, which has clients for Windows, Mac, iOS, Android. Their TELNET protocol is easy to reverse engineer.
– Play against computer: to be restored and improved.
Todo:
– Manage time,
– Restore handicap settings,
– Undo,
– Improve menu,
– Fix computer play,
– Allow observers,
– Chat,
– Me get better at Go,
– Make it much more beautiful ! 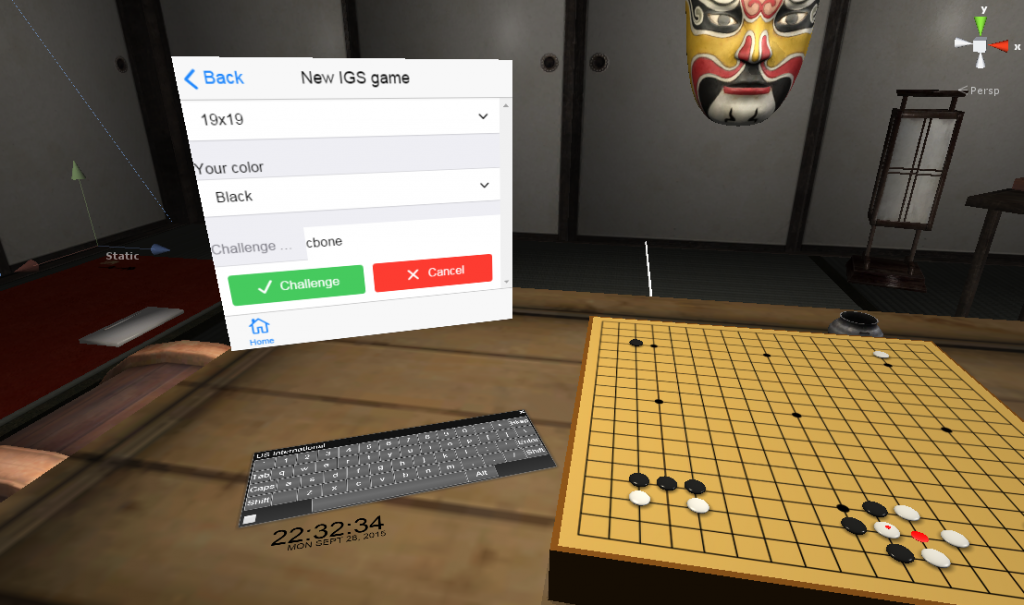 The app makes heavy use of MiddleVR’s GUI system via HTML5 for the menu. I had great fun using it!
You may also notice a keyboard (also done in HTML5) to type text in the menu, like login/password and challenger on IGS.
It’s not as efficient as a real keyboard but it’s much better than expected! 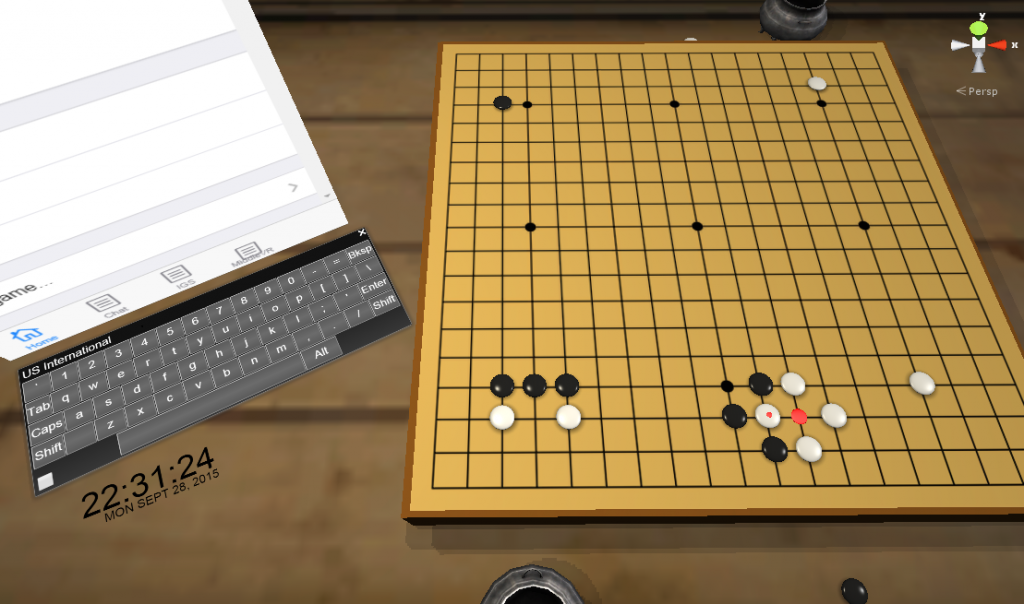 You may wonder about the precision with current controllers. I used a simple way to snap the cursor to intersections.

I was afraid people would misplace stones a lot but it seems pretty robust for now.

The game integrates Fuego as the Go engine to check legality of moves, keep track of captured stones, count score etc.
Let me know if you are interested in early alphas! My e-mail is at the top left of this webpage!
Go