The first 3DUI Grand Prize is finally over !

After a whole year of preparation, 23 teams from all over the world joined the contest. Only 12 of them sent us a video of their solution to participate in the video contest. You can see them all on the Youtube channel.

Of these 12 teams, 4 managed to make it to the conference, bringing all their equipment to participate in the live contest !

A quick reminder of what this contest is about : we wanted to allow anyone to express their creativity and show new ideas for 3D interactions. We gave the teams a 3d model and a task : in a supermarket, you start in front of a table where three objects are sitting. You have to fnd the same objects in the supermarket, bring them back to the table and position them in the same orientation as the original object.

The teams could use whatever software and hardware they wanted.

This fun video also demonstrates a solid mastering of 3D interactions. The navigation is working really well and is innovative, the selection is very efficient, and the manipulation is simple but efficient.

They win a Novint Falcon, a Space Navigator, and a license of 3DVIA Virtools + VR Library.

The navigation is innovative and fun but may require some learning to be really fast, the selection is very fast, and the manipulation is a bit awkward. 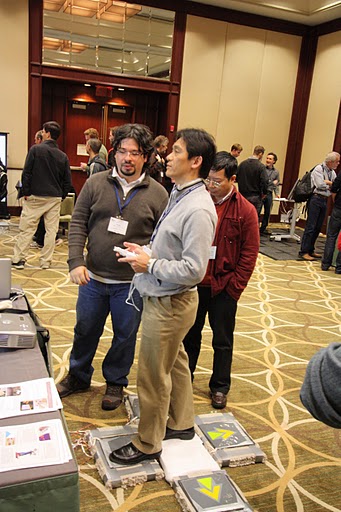 The second place of the video contest goes to the VRM team from Ukraine (Maxim Lysak, Viktor Kuropyatnik) :

VRM is the only private company that participated in the contest and they showed that by simply using a gamepad you can achieve the task quite efficiently.

They win one license of 3DVIA Virtools + VR Library.

And last but definitely not least, the second place of the live contest goes to the im.ve ChairIO team from University of Hamburg, Germany (Steffi Beckhaus, Kristopher J. Blom, Matthias Haringer):

Their self-made chair is a very interesting travel device, and they managed to create a whole VR system for the conference!

They win one Novint Falcon, one Space Pilot, and one license of 3DVIA Virtools + VR Library. 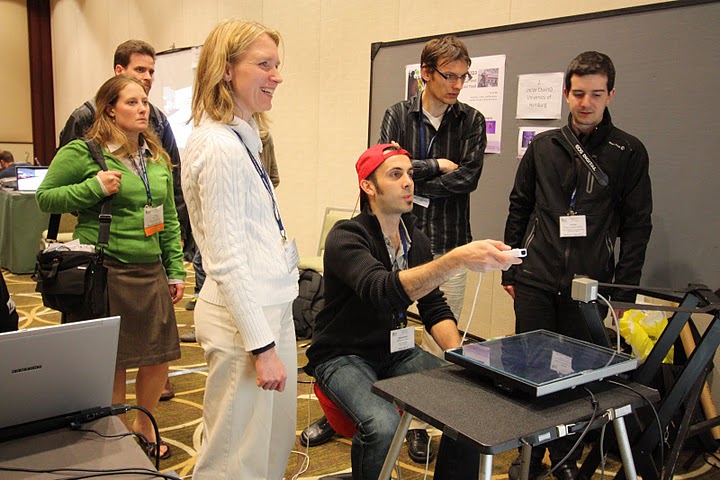 We had a hard time deciding between the Fighting Gobblers and the im.ve team. In the end, it’s the public vote that made the difference. 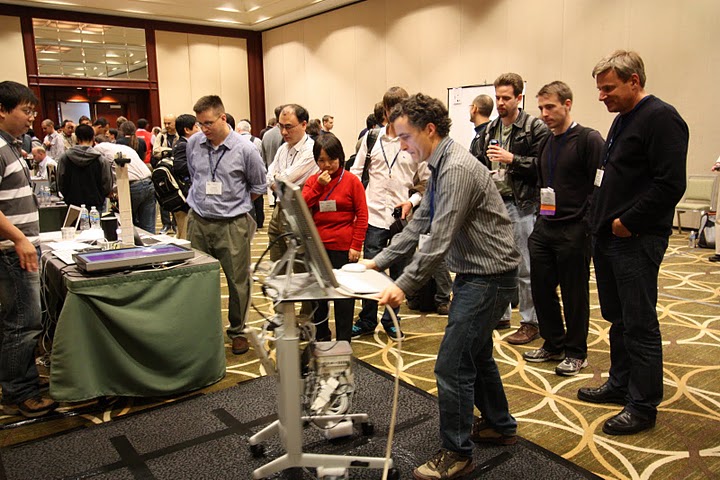 The contest attracted lots of people and we’re very happy that at a 3D interaction conference you could actually put your hands on 3d interactions ! We also have seen very interesting and very diverse solutions.

So we think this first edition, imperfect as it was, was in the end a big sucess !

We would really like to thank all the teams that participated in this contest. They have put a lot of effort, even more so for the four teams that came to the conference. Everyone who showed up won a licence of 3DVIA Virtools + VR Library.

And thanks to the sponsors (Novint, Immersion SA, 3DVIA, AFRV, SIG 3DUI) for the great gifts !

You can find more pictures here and here.