I’ve been interviewed by the french tech magazine Amusement (October edition) about the new 3D controller by Sony, the PSMove.

Sony liked the interview and decided to put it in the (french) press kit: 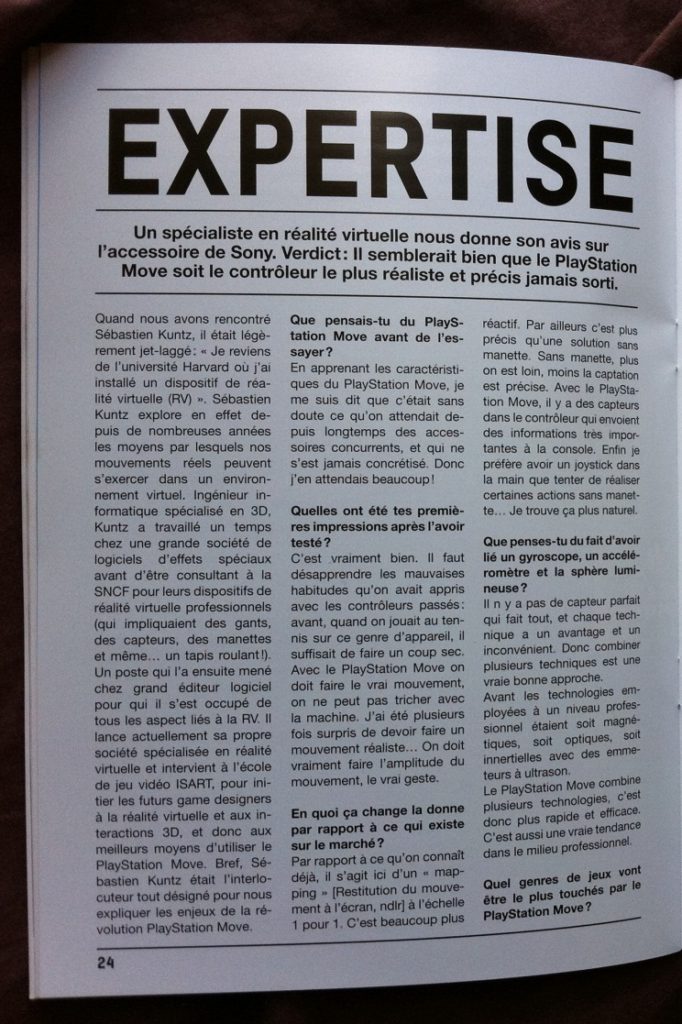 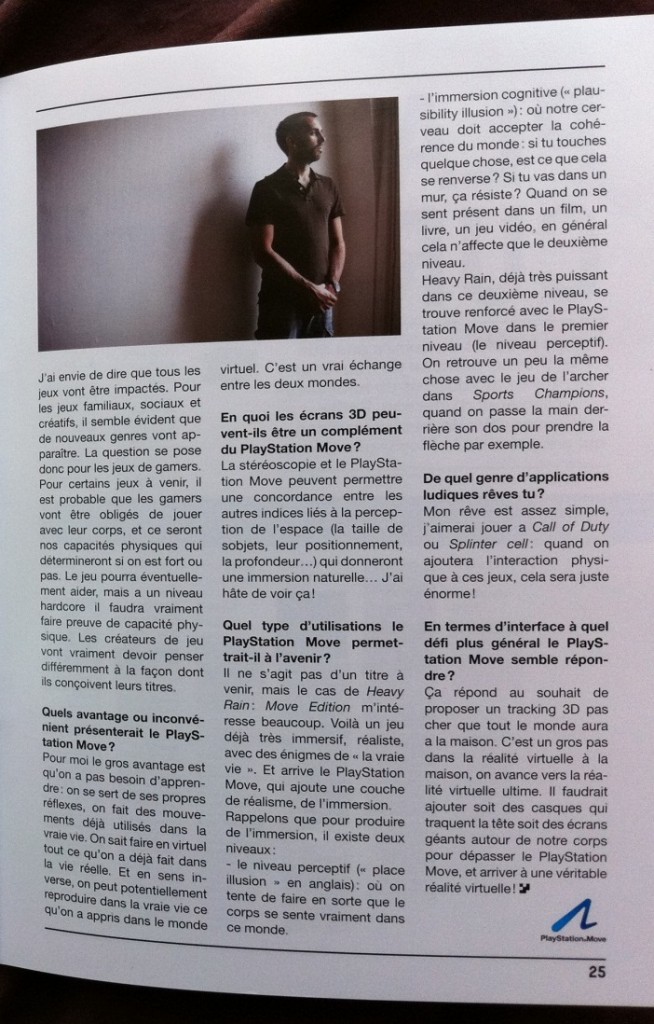 The interview was done after testing the basic sports games, and my initial reaction was very good. I had to unlearn the bad habits of Wii Sports where you just had to shake the wiimote at the right time to catch the tennis ball. Now you have to really move ! Come closer, move your hand to realistic positions and orient it in a useful way. The controller reacts like a real 6dof tracker as long as the camera sees the glowing ball.

They really improved perceptive immersion by having you do basic moves like actually doing the movement for taking an arrow before being able to shoot it. Like in Heavy Rain where you have to do all sort of seemingly useless movements, those movements in fact increase the Place Illusion. The more ‘realisitic’ movements you do that have a believable impact on the world, the more presence !

Heavy Rain will have a new edition based on the PSMove and I’m eager to test that further. My first impression was mixed since I didn’t have the chance to run the tutorial and didn’t understand all the moves..

I also made the point that future hardcore gamers will have to improve their physical abilities to be better at games.

Then I just said that I’d love to play Splinter Cell and Call of Duty in full VR, and that while interesting, the PSMove is only one step towards real IVR at home. 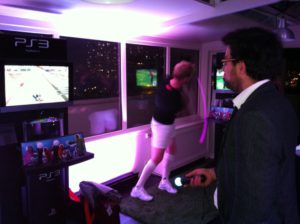 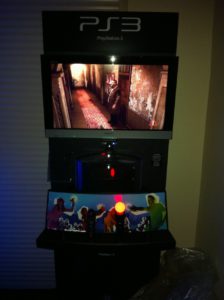 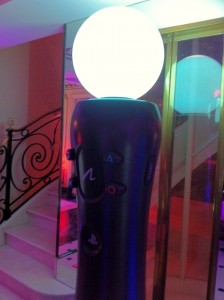 Then this week I attended Sony’s big gig for the release of the PSMove, in a three story loft with view on the Eiffel tower !

There I have quickly tested Heavy Rain, Time Crysis and I’ve seen a gameplay video of Killzone 3 using the PSMove.

I fear the aiming will not be as good as I hoped for. What I’ve seen is that when the controller is used for aiming, there is 1/some (small but annoying) lag, and 2/ some (annoying) jittering. 1/ is probably due to heavy filtering, and 2/ would probably be worse without filtering. There was less jittering in the archer game, but the small lag was still there.

When you think about it, it seems obvious : the optical tracking of the glowing ball alone cannot give you orientation information. The optical tracking of the wiimote, when used for aiming, seems faster and more precise, because the camera can see the slightest movement of the targeted LEDs. The orientation information of the PSMove is only given by the inertial sensors, which as you know are fast but not very precise. So I fear the aiming is mostly based on filtered inertial data.

It should be noted that the lighting environment at the gig was probably not the best, wish flashy lights (some matching the color of the glowing ball…), which could also explain why sometimes the tracking got lost.

So of course all this requires more testing and I’ll be in the starting blocks next week to buy that and play work with that !