Back at IPT/EGVE, Intersense was presenting its MictroTrax and new Wand. The head tracker is really small, and the wand is smaller. It can fit on cheap, lightweight passive stereo glasses without any problem. I did the setup of their installation in no time, it’s all VRPN compatible already (except for the trigger but that should be easy and fast to fix).

They had also a new tracker, the IS-1200 VisTracker. All their trackers use an internal inertial tracker (accelerometers, gyroscopes and magnetometer), which have very fast update rates, but tend to drift. The IS-900 trackers use ultrasound emitters to recalibrate this drift. The VisTracker instead uses a camera that matches Augmented Reality patterns anywhere in your room.

Intersense had sent us the tracker and the associated UMPC so that we could setup Virtools demos. 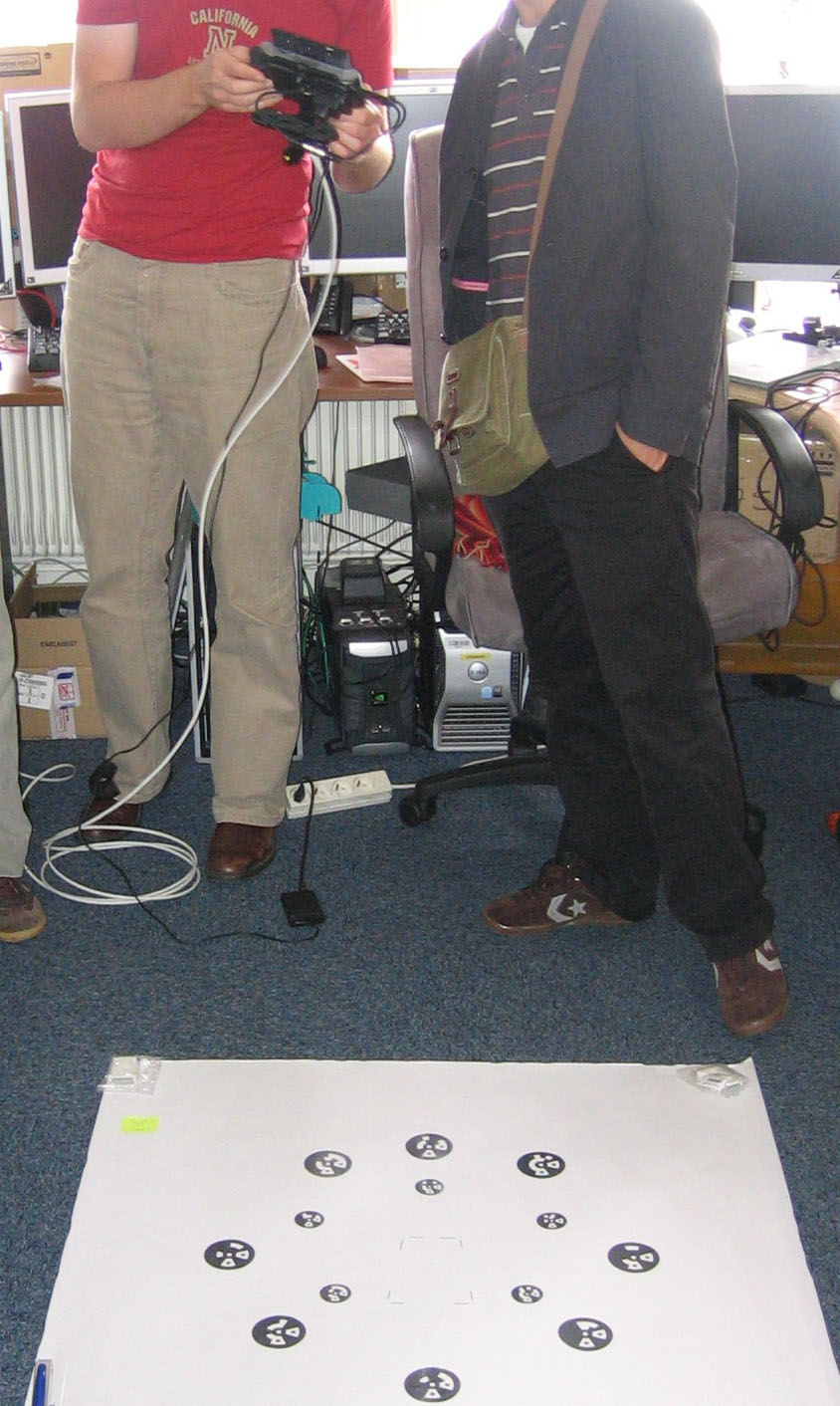 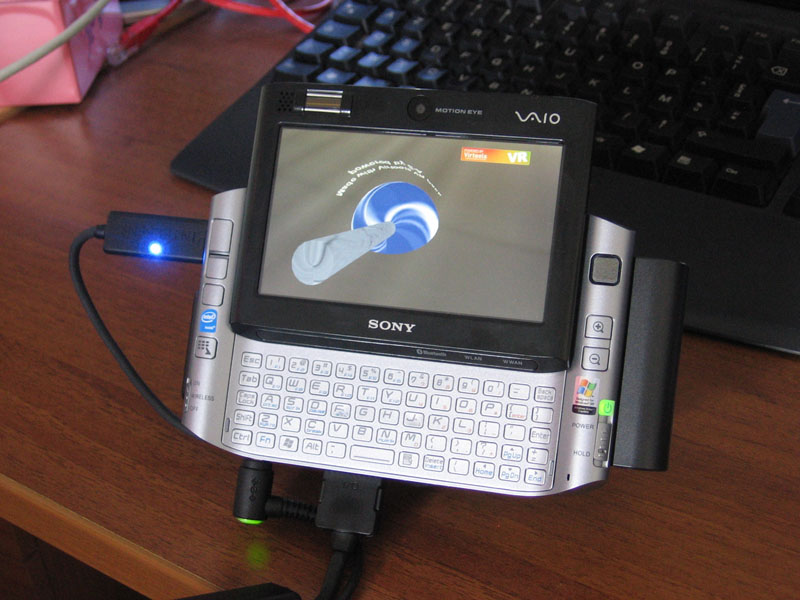 The UMPC is a Sony Vaio UX 280, running on Windows XP which has an Intel CPU at 1.2GHZ with 1Gb of RAM. Virtools runs perfectly on this. The display is really bright. The only problem is the size of the keys! Maybe with a virtual laser keyboard this would be more practical.

I believe there is still some work to do for the tracking to work flawlessly. The inertial tracker drifts quite fast, and it takes a couple of seconds for the camera to recalibrate when if finds an AR pattern. Once it has two in sight it works quite fine excepts that it sometimes loses the patterns every now and then.

With this system you can print your own AR patterns, stick them anywhere in your building, register their position in the software. This allows you to be precisely tracked in a potentially huge surface for a flat fee!
Here’s an official video :

AR to interact with your everyday world