I finally have a first prototype of a HMD based VR Kit. This is a work I’m doing with my fellow VR Geeks of Paris.

By the way we’ve just started a new webpage : http://www.VRGeeks.org

There you can join the (worldwide) VR Geeks mailing list ! I’ll make another announcement later but you can already join early 😉

The idea of the kits is that we don’t impose any hardware, you can use whatever hardware combination/tracking method you want ! Here I’m using the most cheap/usable ratio I’ve found. More infos on the VR Kits here. This is just a quick first version to get the idea, and you’re invited to join the discussion !

Everything fits nicely in my small backpack so I’m able to do some nice demos around. Granted the Gametrak tracking is a bit cheesy and you’re quite tethered for the moment, but it is *very* cheap and works really well. Everything is replacable by more interesting/expensive/clever solutions.

I would need a second Spacepoint Fusion to get a correct Wiimote orientation (yaw..), or maybe you will be able to help … More on that later 😉

I also have a nice setup with a 3d projector, the VRKit-Wall. 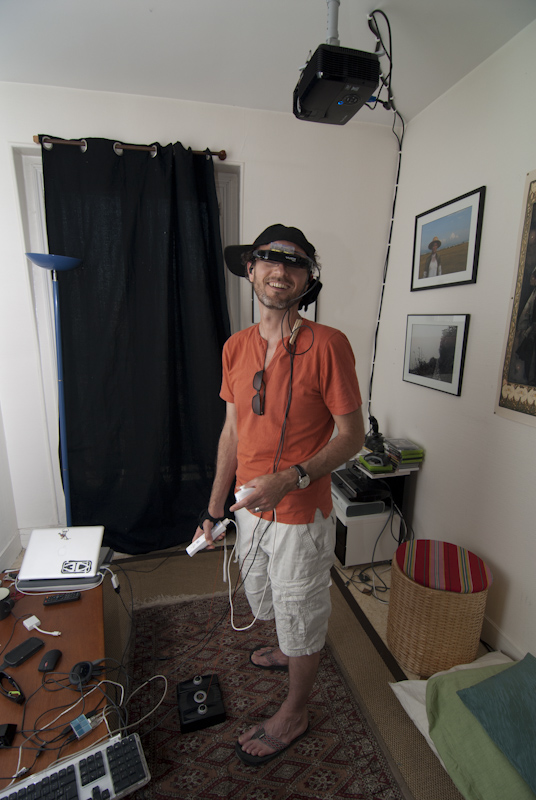