On Friday March 30th 2007, the biggest VR screen was inaugurated with a great event; A big show at La Géode (IMAX theater in Paris) to unveil the theory of Jean-Pierre Houdin about his theory on the construction of the Great Pyramid of Khufu (Kheops).
See the theory explained here (also with a realtime 3d exploration): http://www.3ds.com/khufu.

See below to know how all this was done! 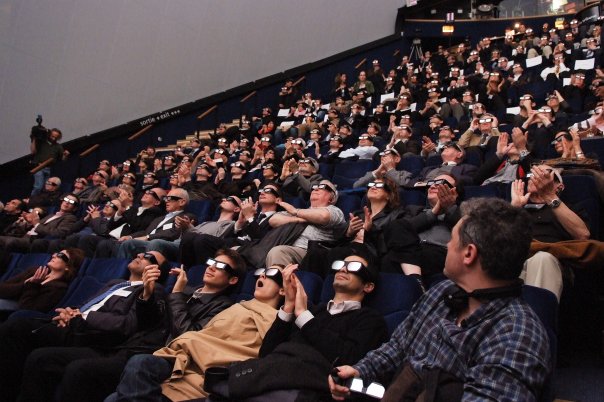 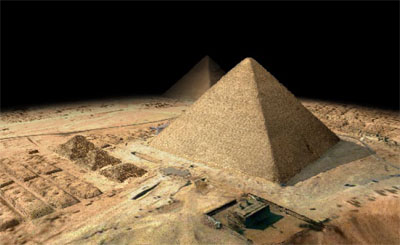 Jean-Pierre Houdin has worked two years with Dassault Systèmes’ engineers, lead by Mehdi Tayoubi and Richard Breitner, to test it with their simulation tools; checking that every part of the theory is scientifically possible. That they could have planned all this to be built in 20 years, without having the wheel, any hard metal (only copper), nor pulley to lift the 60 tons granite stones. They simulated with virtual humans the time and energy needed to pull stones in an inside ramp, that the idea of using the great gallery as a counterweight chamber is realistic.

Now all is needed is to go check that it’s all true with a scientific mission that should start soon.

This theory is the only one for now that can explain the entire construction of this incredible construction, that has been for 4000 years the highest, more massive, more voluminous building constructed by humans. They were the first engineers of humanity, they had planned everything, and even used the building itself as a tool to build itself.

The event, on the biggest VR screen

This theory was exposed to the public at La Géode, an IMAX theater in Paris. Six Barco projectors were used to get an 25m wide image, 400m2 of stereoscopic, realtime 3d !

400 spectators, experiencing the biggest VR screen in the world ! 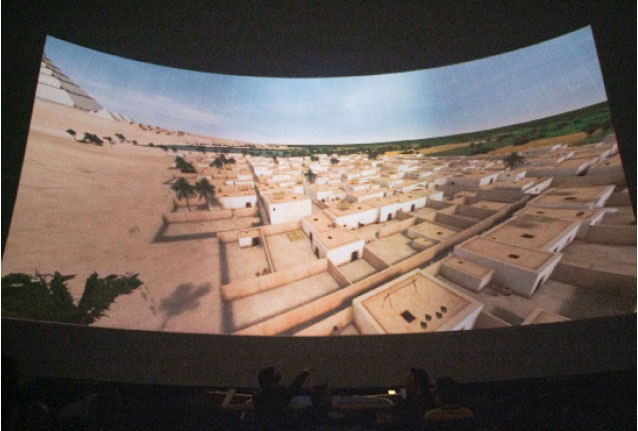 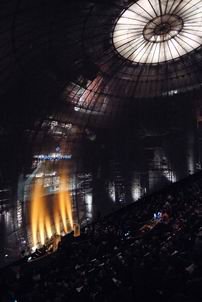 People didn’t really know what they were up for. They thought they would be watching a 3d movie. They were surprised to see this was all interactive. Jean-Pierre Houdin was exposing his theory, giving instructions to the 3DJ : “Please go at the top of the pyramid, now go in that tunnel, stop here…”
The theater technicians made big eyes when they understood that the entire content could fit on a single CD, when their HD movies need hundreds of gigabytes of data.

For the occasion, a new job had been invented : the 3DJ. He’s responsible for the ride in the virtual world, moving the camera around just like a realtime movie director, getting the most out of the content, creating impressive stereoscopic effects, moving very smoothly to avoid that people get sick.

All the website and VR event content was done by Emissive, a company that did an incredible job. 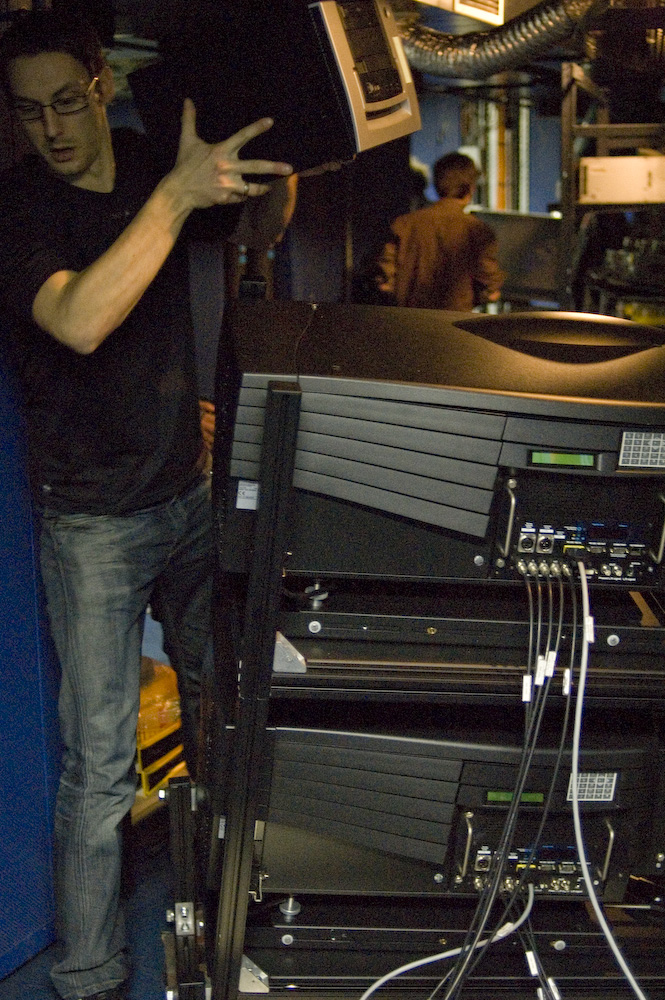 – Geoffrey installing a PC of the cluster nearby the Barco projectors – 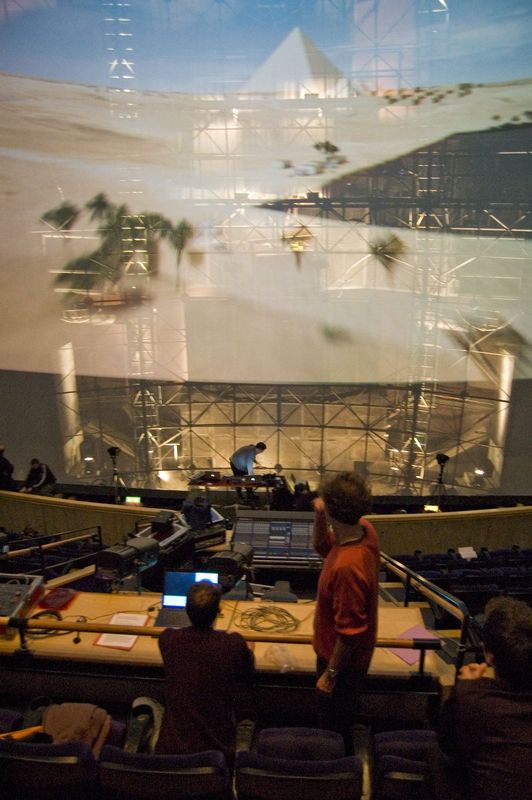 – A pyramid inside a spherical theater –
Part of the Virtools VR team (David Nahon and Geoffrey Subileau and I) began working on the event a couple of months ago, setting up the hardware (cluster, projectors) figuring out how to project a correct stereoscopic image on this huge spherical screen; helping the Emissive guys to get the best performances on the cluster and a good stereoscopic effect, and helping coordinate the show. 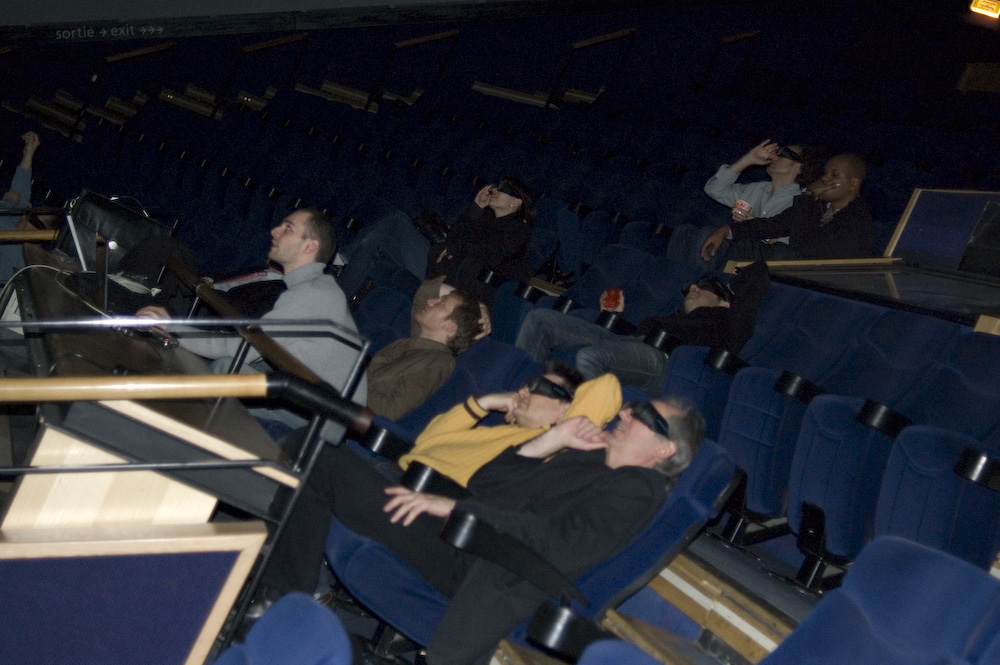 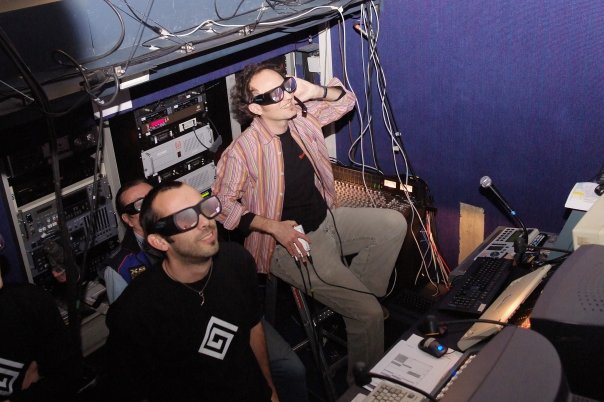 – Me and David in the control room –

After a bit of struggle with the alignment of the projectors, everything went fine. We could only do our tests at night, after the end of public movies projections. During the last week, we did some rehearsal with a chosen public. As the ride was not yet smooth enough, we had some nausea issues. This was simply solved by moving more slowly. The 3DJ, who was one of the two Emissive bosses responsible for the content, did a great job.

The day before the event a very small software glitch had us stay up all night to have everything running perfectly. The most stressing moment of my life…

But in the end, everything worked perfectly, the crowd was really impressed by this unique event, and everyone on the team was delighted. Even we that had seen the ride several times found it beautiful. Ah, the power of VR !

I’m very proud of having been a (small) part of this event and I hope we will see a lot of such content in theaters soon.
Related articles : The come-back (again) of the third dimension in movies 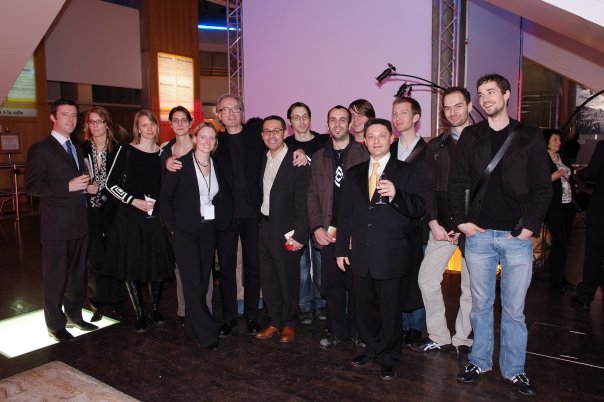 – The Khufu team, right after the presentation, tired but happy! – 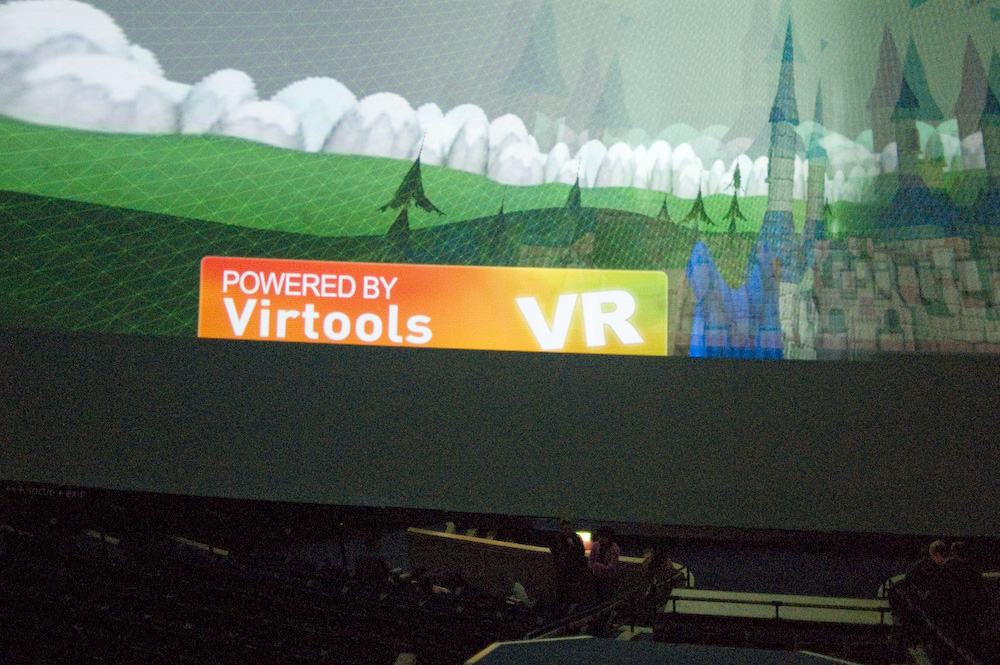